Showing posts from June, 2014
Show all

When a 14-year-old went before his local school board to take issue with the implementation of his individualized education program, he was rebuffed and now video of the incident is going viral. Christian Ranieri, a high school freshman with autism, attempted to voice his concerns to the Northport-East Northport Board of Education in Northport, N.Y. earlier this week. In a speech that Ranieri told Northpoint Patch he worked on for three hours, the teen spoke to the board about his experience with autism and said that his IEP was not being followed. Ranieri indicated that he was inappropriately disciplined and suspended because of his disability. But just minutes into Ranieri’s speech, the teen was cut off by board president Stephen Waldenburg who said that disciplinary matters could not be discussed at the public meeting. “This entire discussion which involves disciplinary action is totally improper for a public …
Post a Comment
Read more

More Americans are graduating high school than ever before, but students with disabilities remain far behind their typically-developing peers, a new report finds. Nationally, 80 percent of public high school students earned a diploma on time during the 2011-2012 school year, according to data released Monday from the U.S. Department of Education’s National Center for Education Statistics. While the number of students with disabilities obtaining diplomas also ticked up that year, just 61 percent of those with special needs graduated, the findings indicate. For the report, students were considered to graduate on time if they finished high school in four years. Those who completed an Individualized Education Program but did not obtain a traditional diploma and students who were held back a grade were not included. U.S. Secretary of Education Arne Duncan hailed the progress, but said there are still far too many stud…
Post a Comment
Read more

The San Carlos School District in San Carlos, Calif. retaliated against the parents of a child with special needs by making allegations that resulted in a sheriff’s deputy visiting their house, a letter sent to the family by the U.S. Department of Education concludes. The March 6 letter was sent in response to a complaint the parents submitted last year after a district official contacted the San Mateo County Sheriff’s Office in October 2012 and claimed the child’s father secretly taped a meeting with district educators. The name of the family was blacked out from a copy of the letter obtained by The Daily News. Although the parents weren’t charged with any crimes, the allegation of criminal behavior, the deputy’s visit and the veiled possibility of arrest and prosecution “are all sufficiently adverse since one or all of them would be reasonably likely to deter a parent from advocating on behalf of their child,” the fed…
Post a Comment
Read more

Can Schools in Your State Pin Kids Down? Probably.

Public schoolchildren across the country were physically restrained or isolated in rooms they couldn’t leave at least 267,000 times in the 2011-2012 school year, despite a near-consensus that such practices are dangerous and have no therapeutic benefit. Many states have little regulation or oversight of such practices. This map shows where your state stands. Data compiled as of January 2014. Related:Violent and Legal: The Shocking Ways School Kids are Being Pinned Down, Isolated Against Their Will
Post a Comment
Read more

Students were subject to restraint and seclusion hundreds of thousands of times in one school year, a new analysis finds, and that’s likely just the tip of the iceberg. During the 2011-2012 school year, there were more than 267,000 instances of restraint and seclusion reported by the nation’s schools. The figure is believed to be low, however. The numbers come from an analysis by the nonprofit news organization ProPublica, which crunched data collected by the U.S. Department of Education’s Office of Civil Rights. Among students who were restrained, three-quarters had disabilities, federal officials said when they first released the data in March. Such children also represented 58 percent of those placed in seclusion rooms or some other form of involuntary confinement at school, the agency indicated. Though the Education Department sought to gather data on the use of restraint and seclusion in every public school across t…
Post a Comment
Read more

Gov. Jay Nixon vetoed the student transfer bill Tuesday as promised, saying it diverted public money to private schools and exacerbated hardships faced by students in struggling districts and their families.  Nixon also called out leaders in the Francis Howell School District for a board decision last week, saying it was wrong to "turn its back" on about 350 students accepted last year but now sent back to failing Normandy schools. He urged other districts not to do the same.  "To overcome the complex problems affecting struggling school districts, we all need to be part of the solution," Nixon said. "We may be comprised of many communities, but we are one state... To turn our back on a single child is to turn our back on our own future." Nixon said the bill removed the requirement in the current law that says unaccredited districts must pay for transportation for students who want to transfer. He also had problems wi…
Post a Comment
Read more

Exemplar SchoolsPurposeThe purpose of the MO SW-PBS school recognitions is two-fold.  First, reviewing the criteria affords schools and districts the opportunity to accurately self-reflect on their progress implementing and sustaining SW-PBS.  Second, it affords the Missouri Department of Elementary and Secondary Education an opportunity to recognize those schools that have met the criteria in appreciation of their progress. The bar is purposefully set high for a school to achieve any one of these criteria. Typically, it is a two to four year process for a school to achieve bronze, a three to six year process to achieve silver, and a five to eight year process to achieve gold. The number of years it takes to achieve each is lengthy because it involves true systems change, sustaining that change each year, and implementing processes to support students and staff across multiple indicators at all three tiers of prevention an…
Post a Comment
Read more

Fox C-6 Watchdogs: Ideas For Recouping Taxpayer Dollars Due to the Latest Scandal

Almost everything that applies to Fox C-6 applies to Lee's Summit R-7.

Ideas For Recouping Taxpayer Dollars Due to the Latest Scandal So, how can the Fox C-6 taxpayers recover some of the money paid out to the individuals involved in the latest scandal to hit our school district?
The Fox C-6 community seems to be a little more aware now as to how much Superintendent Dianne Critchlow and other Fox C-6 administrators have been getting paid with taxpayer dollars compared to other administrators across the state. Last year Fox had the 2nd highest average administrator salaries in the state of Missouri and Superintendent Critchlow was the 3rd highest paid superintendent in the state. Their salaries are set by the school board. Over the last several elections, the community has replaced 5 out of 7 of the long term board members. Current board president John Laughlin was just elected in 2011. He was the first t…
Post a Comment
Read more

Why Do Small School Districts Do More?

June 09, 2014
I was at the Lake of the Ozarks this weekend.  I have sixteen acres down there.  It's not on the water.  It is in the woods and it is peaceful and quiet.  My taxes down there are so much less than they are in Lee's Summit.  If my cars were titled down there my personal property tax would be less than half of what I pay in Lee's Summit.

I went to the store to get some groceries.  The young girl at the register and I were talking.  She told me that her young brother was autistic.  She said that he was 12 years old.  He was diagnosed at 4.

She said that she wanted to be an Occupational Therapist.  She said that OT had made such a difference in her brother's life.  I asked her where he went to school.  She told me that it was the local elementary school.

I was so happy for her.  But, it saddened me.  My son didn't get OT after 5th grade.  Oh, the professionals that I took him to said that he needed it, but Lee's Summit R7 just didn't see it that way.  Of course…
Post a Comment
Read more

Anne previously wrote about permission requested from parents for their children to be subjects of a Pearson Research Project for Behavior Assessments.  Read about it here: Is Pearson Using Your Child For Research? This letter came home to a parent in Saline County this week. It seeks parental permission to have their children be the subjects of a Pearson research project for their Behavior Assessment System for Children (BASC). The letter says that this survey is looking at “student behavior,” that teachers will be using the “Teacher Rating Scale” survey to observe the child, and the big win for the school is that they will have the “opportunity” to earn iPads for “some” classrooms. Let’s break this down. 1. Teachers and students are being asked to be free labor for an international for profit company. Sure they say they will give the school “some” iPads, but as far as the parents know th…
Post a Comment
Read more

Is this happening in our district?  Are you made to feel that you are the only person that is unhappy with the district?  You are not alone.

Fox C-6 Is Hoping To Silence Critics Using Cease and Desist Letters Should the Fox C-6 School Superintendent use taxpayer money to threaten parents and patrons with "Cease and Desist" letters because she does not like the criticism that she and the district have been receiving?

Is the school board even aware of the fact that our Superintendent has been sending out "Cease and Desist" letters to parents and patrons in the Fox C-6 School District?

So far, I am aware of four "Cease and Desist" letters that have been sent to individuals within our school district. None of the letters that I have seen were copied to school board members other than mine. I received my letter on August 24, 2012. It was copied to Ruth Ann Newman since she was me…
Post a Comment
Read more
More posts 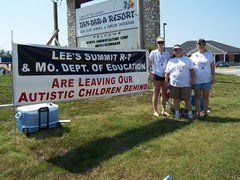 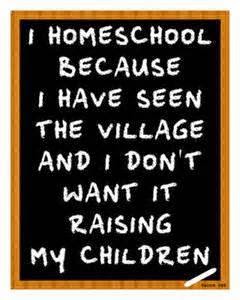 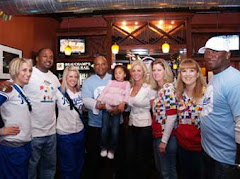 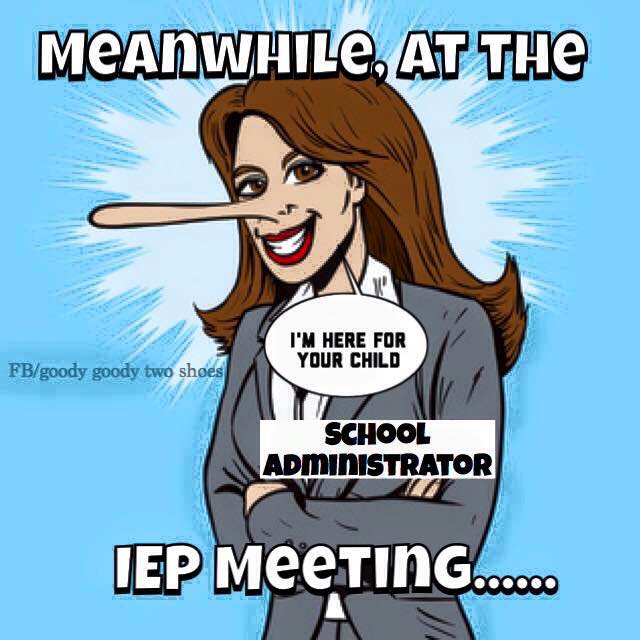